Nearly 10 months after its original release in May 2013, the iOS Hangouts app is finally in a good shape now. Google released an update on February 27 that not only introduces a handful of new features and a redesigned interface, but also makes the app more reliable and pleasant to use.

“The app has a brand new look and feel, is super easy to navigate, and includes a bunch of performance improvements,” stated Frank Petterson of Google in a Google+ post that also declared the changes in the app. 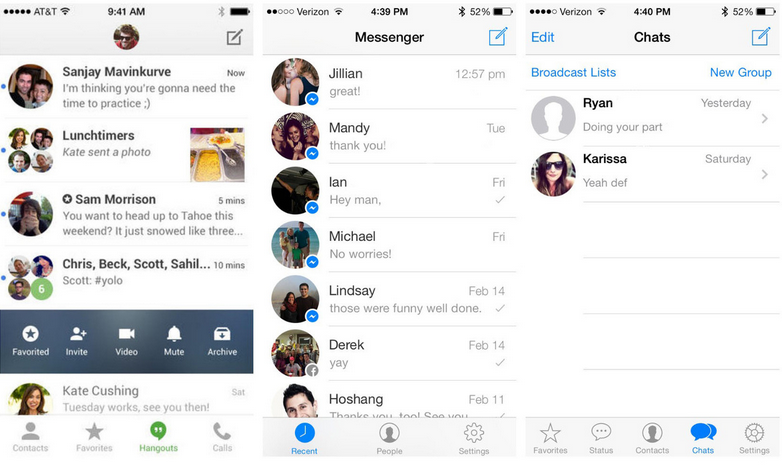 The new iOS app, similar to other messaging apps like WhatsApp, contains tabs at the bottom of the screen and includes categories, such as Hangouts, Favorites, and Contacts. The app also includes many other features present in other similar messaging apps, such as the capacity to share videos, stickers, etc. during a chat. Before the update was released, users were only allowed to send a picture during a conversation.

The new version of iOS Hangouts app is also fully optimized for iPad users, and includes features like picture-in-picture video calling, and a split-pane design, which allows you to both chat and scroll through your contacts or other present Hangouts.

It is a major update for iOS Hangouts app and shows the high expectations that mobile users have from messaging applications. Recently, Facebook also announced its grand USD19 billion acquisition of popular messaging app, WhatsApp.

However, will Google be able to pick up a ton of new Hangout users on iOS from this new update? That would be quite interesting to see. But for those who like to use Google’s services on Apple’s devices, this is surely a welcome update to have Android users greener with envy.