Out now, Office Mix – a new world of new possibilities

Out now, Office Mix – a new world of new possibilities

Microsoft has released yet another tool for public use, Office Mix. Available for download straight into your PowerPoint application; we’ll go over the best things about it and whether or not it’s even worth trying out.

The best things about it

The Office Mix add-in brings Microsoft PowerPoint finally to the 21st century with these three tools: 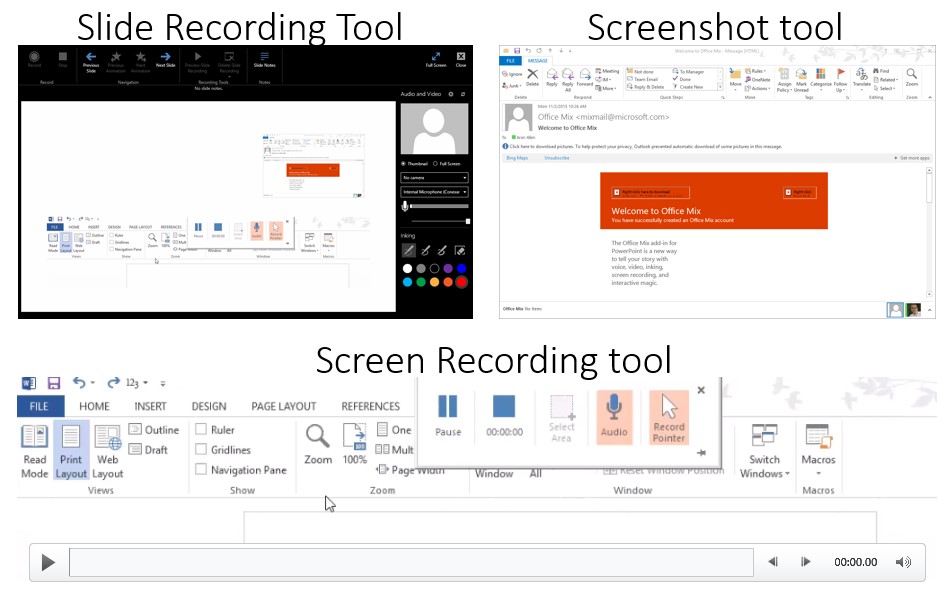 Disclaimer: these are not the only things Mix can do, but by far the most impactful to the way PowerPoint now works as a whole.

The screen recording tool: My favorite thing about this add-in is that in two clicks you’re recording a customizable area of your screen that you want to display as a playable video with audio directly into your PowerPoint. This is different from the “slide recording” tool in that you can record anything that you’re doing on your device in real-time, not only a slide. This tool is hugely useful if you want to make a quick visual representation of how to do something on a device or what something looks like.

The slide recording tool: A very useful addition, it allows you to click two times and live record the slide you’re currently on, what you want to highlight, and the audio input from your device. Then click once more and it is automatically inserted into your PowerPoint. This is not some mind-blowing technology, but the fact that you can do this so easily is truly impressive. There are also tons of ways to edit the audio and video after creation.

The screenshot tool: Microsoft seems to have finally acknowledged that everyone and their mother takes screenshots of their computer when putting projects together with this tool’s introduction. This button hyper-accelerates the screenshotting process by auto detecting all the windows and monitors you have running, then with two clicks of your mouse it auto inserts them, leading to a massive time saving function. The drop down looks like this: 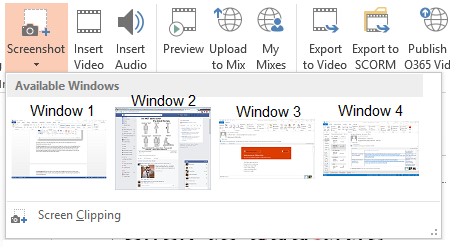 So is this worth trying out?

You might have noticed by now that “two clicks” seems to be the theme of this new tool’s introduction. And that’s just the magic of it. This tool is the least complicated, most intuitive production we’ve seen Microsoft put out in a very long time. And it works beautifully too. No bugs, lag, or annoying design issues have hit it yet.

Also, these new functions will be useful for just about anyone that uses Microsoft PowerPoint at some time in the future, almost inevitably. And that’s because these functions are just so absolutely useful.

And lastly, this introduction moves Microsoft Office 365 as a whole just that little bit closer to being the real-time application suite that we all want. With hyper-shareable links, instantly creatable media, and accelerated efficiency in accomplishing tasks in PowerPoint, Slide Share is going to have to watch out because Microsoft PowerPoint just got a lot better.