Set to change your future – ‘The Internet of Things’

Set to change your future – ‘The Internet of Things’


Imagine a world that is entirely run on the Internet. For example, you have medicine bottles that remind you to have your pills on time or get a refill (when you’re running out of them) or when your morning alarm goes off to wake you up, your coffee machine automatically brews a steaming cup of coffee for you.

Sounds unbelievable? In the near future, maybe not.

With ‘The Internet of Things’ (IoT) set to become the next big thing, wearables, appliances and devices can all be connected through Wi-Fi.

So what is IoT? 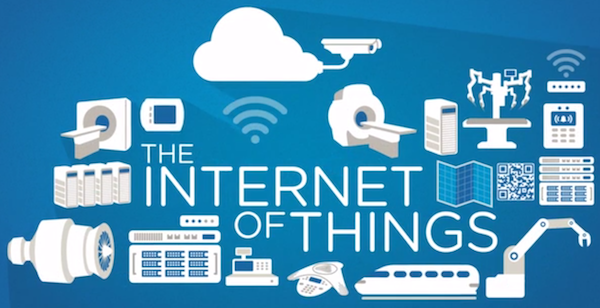 In simple terms, it is connecting common objects (with built-in wireless connectivity) and being able to monitor and control them via the Internet or even your smartphone. The world of IoT is already growing. There are a number of experiments in the healthcare and consumer goods industries. For example, there will be sensors available in the market that can monitor your home supplies, detect potential water leaks and suggest pending repairs at your home. In the future, you may have sensors in your car that can detect if you’re running late for a meeting, suggest the best route to you and automatically inform the people who are expecting you that you are running late.

IoT requires a number of technologies to make it run efficiently like Wi-Fi, Radio-Frequency Identification (RFID), Near Field Communication (NFC) and Bluetooth. Cloud Services play an extremely important role as well. Due to the amount of data that will be generated due to all the connected devices, there will be a staggering amount of data generated and need to store that data. Cloud Services will be critical not only for data storage but to help with the analysis of data for a predictive behavior analysis.

While seamless integration, data security and interoperability are some of the things that are some of the roadblocks to enable IoT. But once all the issues are addressed, research shows that the IoT market will grow to $1.7 trillion by 2020.