The pandemic affected the whole world, straining several people in the working class. Fortunately, IT talent could work remotely and not just locally. In recent years, organizations worldwide have been turning to Indian IT outsourcing firms for their tech needs.

Though India is known for its cost advantage and the largest pool of IT talent, it still suffers from post-pandemic shocks to this day.

4.3 million people resigned from their jobs in August 2021 alone, according to the Bureau of Labor Statistics, an increase of 242,000 from the previous month. In September 2021, the number reached 4.4 million.

Even in the US, 41 percent of employees intended to quit their jobs this year. Several experts observe that India has its variant of the phenomenon.

However, despite the ongoing disruptions in the skill market, India remains the preferred outsourcing destination. Indian IT companies have peaked at delivering unsurpassed services across the range of products, digital experiences, growth hacking, and complete digital transformation. 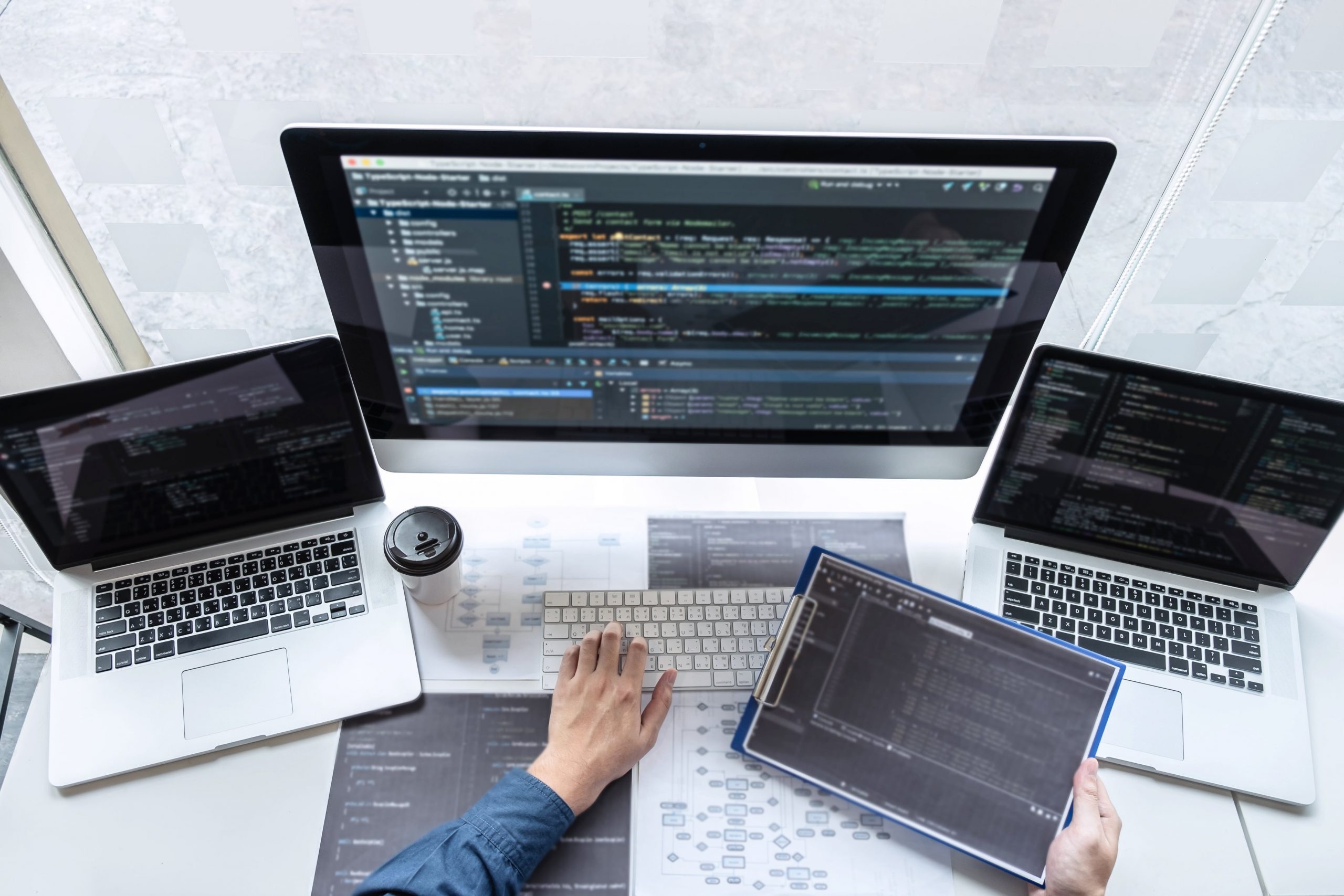 Outsourcing is not without challenges or risks. Therefore, it becomes prudent for a prospective software development outsourcer to mitigate the risks by identifying the challenges.

Location is no longer a bar: More remote opportunities for IT talent

In the pre-pandemic era, Indian IT talent typically was restricted to various IT hubs in major cities and the March-2020 national lockdown opened new horizons for IT resources. Initial few months went into adjusting to this work-from-home culture for companies as well as employees, but this became a boom for employees later on as they had access to all IT companies not only in India but globally who allowed work from home as new normal indefinitely and they start hiring people from any part of the country. The IT talent leveraged this phenomenon to their advantage. It led to great resignations and most of this IT talent held at least 3 offers, still exploring a higher offer till the last date of notice in the current company, leading to doubling and tripling of the IT resource cost in India.

The attrition rate in India is not something to overlook. A high attrition rate isn’t new in the outsourcing industry in India, primarily due to the long working hours, monotonous jobs, low perceived value, and low-efficiency levels.

Attrition rates are pretty high in some IT service providers, reaching 30%. At Tata Consultancy Services (TCS), the country’s largest IT company, attrition was 11.9%, up from 8.6% in the April-June quarter.

Infosys, headquartered in Bengaluru, voluntarily attrition on the last twelve months trailing (LTM) basis was at 20.1% in the September quarter, compared to 13.9% in the preceding quarter.

This may cause some drawbacks in software development at TCS and Infosys and most likely every company that faces similar challenges.

Yet, despite all of the above about outsourcing’s attrition rate, the benefits outweigh the slight downsides. For instance, India’s skilled labor pool will make it easier to replace staff.

Perhaps the most challenging aspect of adapting to the Indian work culture is its distinct nature compared to Western cultures.

Cultural differences can hamper communication. Although English speakers worldwide use the same language, there are vast differences in pronunciation, vocabulary, etc.

Hence, researching and visiting India’s destination country must be done before outsourcing. When outsourcing your software development project, you should be mindful of the city.

Outsourcing your software development project requires you to know who you are hiring. It starts with choosing the right offshore team.

Many of the top software development outsourcing companies are based in India. This communicates the extent to which India still thrives amidst the ongoing skill market disruptions.

There are many reasons why businesses prefer India besides the cost advantages they receive by outsourcing software development to India.

Riding the wave of technological advancements is certainly possible through collaborating with Indian tech experts. The reasons to outsource software development to India are several. Below are some factors accounting for why India is preferred over other countries.

Let’s quickly get this out of the way, as this is one of the most common reasons for outsourcing software development to India. Your organization will reap better profits if it outsources peculiar aspects of its business. Despite the great resignation syndrome and exponential increase in salaries, the IT talent in India is still relatively much cheaper than in other parts of the world, including other top outsourcing nations.

The Indian IT industry boasts expertise and advanced infrastructure. Also, India’s low average salary lets you take advantage of this expertise at a cost-effective rate.

India provides you with access to highly talented software developers at a low cost. The cost of outsourcing is simpler to control as well. Additionally, since offshore providers already have an established infrastructure, the startup costs are drastically reduced.

Furthermore, India has established its offshore software product development dominance due to its large talent pool of software developers. India doesn’t compare with any other country globally with its extensive collection of technology professionals.

The Indian IT industry employs 3 million people, and 200,000 engineering graduates join it every year.

Additionally, young people make up the skilled population. Soon, India will have the largest and most youthful population globally. As of 2020, the average Indian was 29 years old. China and Japan, by contrast, are 37 and 48 years old, respectively.

A significant benefit of outsourcing to India, a country with a large pool of skilled workers, is that operations can be scaled up and down as needed.

However, it will be best if you are wary that the attrition rate in India is relatively high.

According to analysts, the rise in attrition rates can be attributed to buoyant job markets for techies with specialized skills and a shift in employee perspective and work dynamics.

Developing countries offer cheap labor, so many companies outsource to them. In the meantime, these countries face a challenge when they don’t have the technology to facilitate their work or task.

An instance of this is when geographical limitations prevent them from finding the right experts. A new product, application, or software requires many new-age technologies.

Over 3.1 million young people graduate from top IT colleges each year in India, so there’s no shortage of technology enthusiasts. Experts are available in almost every technology and development framework to create an innovative product.

You would be in for a nightmare if you outsourced to a country that didn’t understand English, the most commonly used language. A large proportion of India’s population speaks and understands English, which is a great advantage.

English has become so common in India that it is debatable whether it is the first or second language. However, the fact remains that English is the first language for many people in India, especially those from the southern regions of the country. With 100 million English-speaking citizens, India ranks second after the United States.

For almost two centuries, India has had a deep connection to the English as a former British colony. India has developed the English language to the point where they read, speak, and understand it, at least and the English-speaking world.

A Higher Level Of Quality

In India, the partner maintains a dedicated team that manages both development and testing much more effectively, thus enabling the creation of a product of superb quality.

A critical factor in reducing costs is hiring more team members than outsourcing the organization internally. You can improve workflows and accomplish related tasks more effectively with the right resources.

More people working on the project can approach the work from many angles. Furthermore, the outsourced team’s vast knowledge also contributes to high-end products. They are allowed to think creatively, which ultimately enhances the quality of the finished product.

With software development, you may need to work around the clockwork most times. The time zone difference between the United States, Australia, Europe, United Kingdom, etc., allows them to take advantage of India.

With a four to eight-hour time-zone difference, you can work round the clock. Discussions about projects can be held at this time. As a result, you can complete tasks quicker.

You can have a development team constantly working on your project with this. One drawback is that you may have difficulty setting up online meetings that suit all time zones.

If you have read this far, there is no denying India is a haven for businesses looking for software development services. You can derive several immediate and long-term benefits after outsourcing software development to India, including lower costs, flexibility, and greater productivity.

Additionally, outsourcing software development to India allows your company to increase profits, and you can focus on the core parts of business areas.

You should identify the risks and assess the challenges as much as possible. The answers to these challenges are sometimes not so straightforward. As mentioned above, Indians adhere to a distinct work culture instead of the Western work culture.