As per a recent update, with the past spring’s software conference, Microsoft finally revealed a few key details about the new SharePoint 2016. This was the first official opportunity to share information with the public about the upcoming changes, some of which are simply technical bits of information regarding the cloud storage changes of SharePoint. Unfortunately, the leader of the SharePoint development team – Bill Baer, decided not to release too many of the upcoming fancy upgrades.

Information about the Cloud Storage Updates

As of now, SharePoint 2013 is what is being run globally through Office 365. During the continuing development of the 2013 version, the production team for SharePoint has in the past been responsible for rolling out new features, fixing bugs, and fixing other functionality issues whilst running the software live for hundreds of thousands of users. This has ultimately led to the development of the current system they use for the 2016 version.

The 2016 version will be constructed in a manner that will consist of multiple servers with each deployment. This effectively does away with the stand-alone model that was previously employed. Along with other benefits, this will significantly change the way SharePoint will patch in the future as it can be done seamlessly and without taking the service down during business hours.

This adaption is occurring most likely because of the migration of information further onto a cloud-based location have clear and direct benefits to the end user. Additionally, the search function in SharePoint will be updated to cross-index with Office 365, thus revealing more accurate, and more populated results.

The Process of Migration for Individual Users

In order to migrate to this new version of SharePoint, the process has been optimized to be as easy and smooth as possible. According to the conference, with a little help, the migration should be doable in-house and without much added labor. All that is required from the data migration is that the user attach the SharePoint 2013 database file to the 2016 version. Of course, if the 2010 version is the one that is being utilized, that data must first be moved to 2013, and so on.

When looking solely at statistics though, it seems that many companies are still operating on the 2010 version of SharePoint and sometimes even as far back at 2007. This data migration process is not quite as simple. Utilization of online tools or services would be the best way to go about moving your data if this sounds like something your company would need to tackle. Notably, if your company is using the 2007 version, it is highly recommended to move to 2016 because of all its advantages. 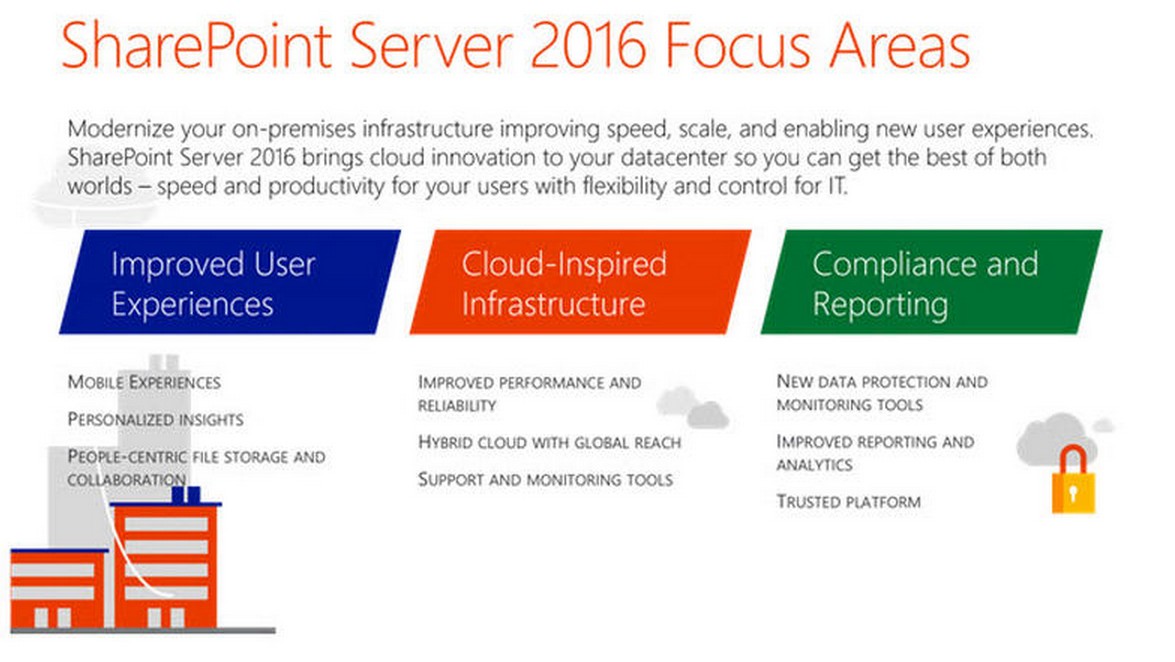 This kind of cloud service is commonly referred to as “On premises software”, which is a very valuable thing for Microsoft to offer as it is basically your own collection of servers. This represents a firm dedication to the on-premise software technology that we hope to be seeing more of in the future.

However, on-premise software is a rather expensive endeavor for Microsoft to delve into. As an example of this, Microsoft actually mentioned that they saved $400,000 in hosting cost in one year when they outsourced some of their own employee data houses. Microsoft has not mentioned as of yet whether they are going to continue the on premises hosting or if they will move back into the old system after SharePoint 2016.

How This All Sounds

If you’re a modern SharePoint 2013 user and you’ve heard about these changes, it should all add up to everything that 2013 is currently missing. We’ve all yet to form a full opinion on the performance of SharePoint 2016 on-premises cloud storage, but as for now, it is looking quite optimistic. No one knows yet if Microsoft will be continuing this trend, but we’re excited to see in the coming years where technology decides to take us.