What is Office 365 Planner and is it worth using?

What is Office 365 Planner and is it worth using?


In our recent post about the up and coming Office 2016, we offhandedly mentioned something called Office 365 planner. Here, we’ll dive into what this new Microsoft functionality is and how it truly measures up to its alternatives.

There are quite a number of platforms in the market today that can be used to handle project planning and completion meant for team collaboration inside a business, like SharePoint, Trello, Asana, Basecamp, and the list goes on. Microsoft planned this software to grab a specific niche out of the market and gain a loyal following, so it is a little different. 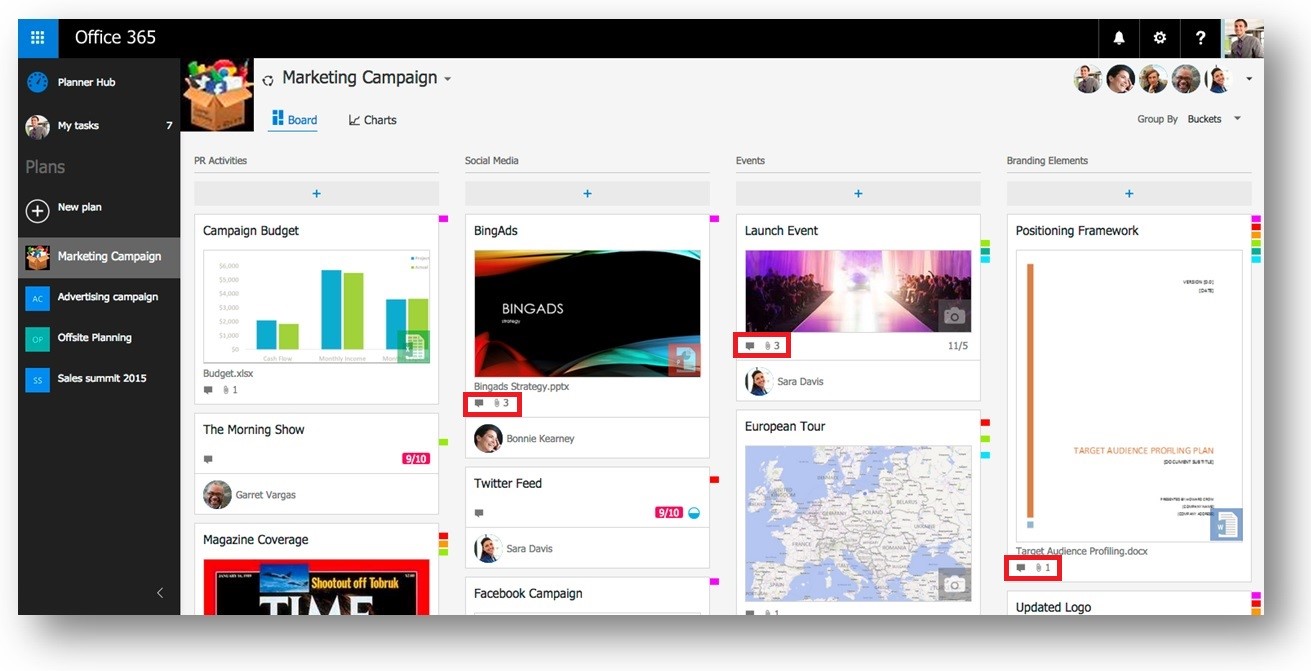 As you can see, it is almost a purely visual platform. In each labeled column you can create a “card” with automatically attached image previews, and then just manually fill out additional info like due dates and categories. Outlined in red, you can see that conversations are created and move along with the card as it progresses, along with the image of the last person who commented. There are also priority tags as you can see on the right of the cards.

So, this seems like a great platform to really get a feel of what is being worked on, its stages of development, and how much people have been talking about it. So far, so good.

How does uploading and groups work in Planner?

Another thing that Microsoft clearly considered is that they wanted this whole program to run as smoothly as possible. When you attach an office document to Office 365 Planner, the image is instantly formed for easy visualization of the project with a quick edit section, and then the file is made available in a SharePoint library for anyone to access, search for, and reference.

Microsoft is finally moving full force into the “Groups” part of Office 365 that was announced in our last blog. We can see this in the conversation that follows the card around in Office as it evolves. The best part is, you don’t have to deal with the hassle of opening and closing a thousand emails and looking for the last time you talked to someone, because it’s all right there on the project itself. And of course, you’ll receive a quick notification once someone responds to you in a card’s conversation.

Because every card that is created automatically gains an OneNote notebook archive, finding, following, and commenting on project threads is incredibly easy. In many instances we can envision this architecture being used in innovative ways like a designer being able to share a drawing he just made on his tablet into a conversation about a project.

What else can you do in planner?

Here are the three views Microsoft has stated are available:

• The “Hub” view is an overview across plans used to quickly track project’s completion
• The “My Tasks” lets you see what needs to be done on each project
• The “Charts” view presents charts for visualizing current progress against future deadlines, and identifying the bottlenecks in each project

Below is the “Charts” view: 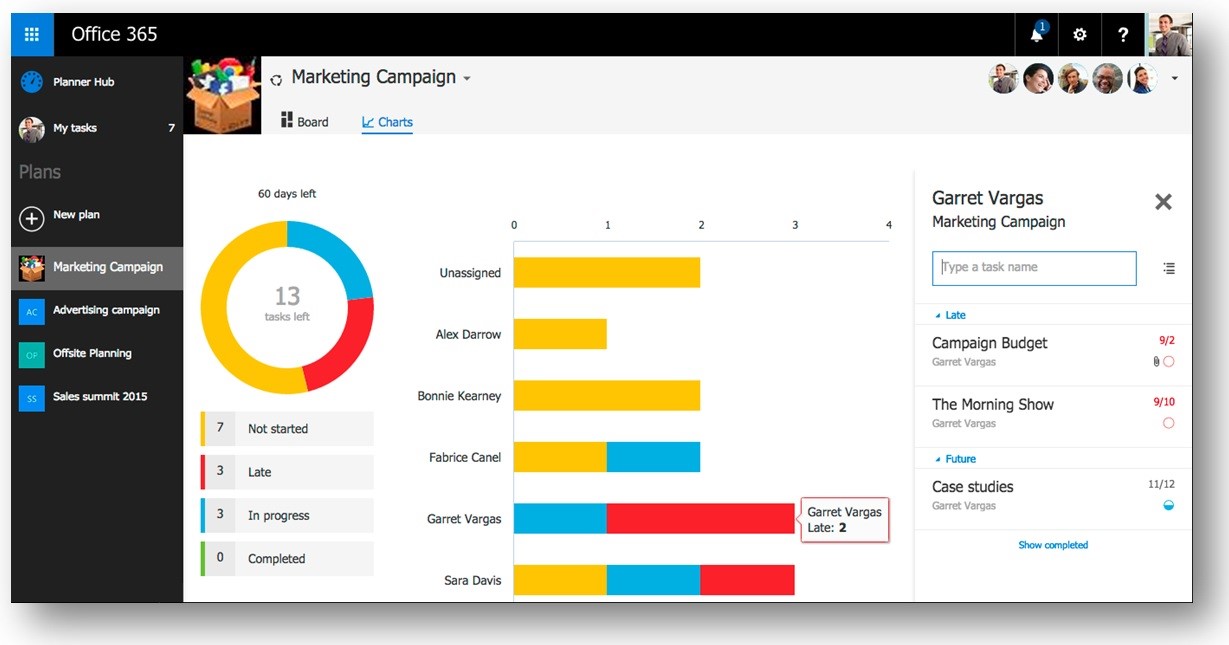 You can quickly see the project’s completion and even mouse over the chart to see what’s late, and what has been completed. This reduces confusion on where everyone is in a project, so you don’t have to set up seventeen meetings or perhaps even skip the whole talking thing altogether.

Who should want to use Planner?

Because this is fully integrated with Office 365, anyone with a subscription is a likely candidate and should seriously consider it. Next, companies that have a lot of small projects going on at the same time will find this service unbelievably useful. For companies that have few projects with many team members involved in each one, this service may prove to be a tad too lightweight. With the potential overflow of conversations on cards and a highly complex “charts” view, large projects should be handled with care on this platform. However, this is likely the minority of companies, so most with Office 365 subs will find this a safe bet to place their trust in.

Be on the lookout for this software to be announced as available to the public, as it will be free to start using in the coming months if you have an Office 365 subscription.