It’s almost impossible to not hear about the famous security breaches that have been occurring over the past couple of years.

Sure, we know now that IT security is something that companies have been sorely failing at. But now that the word is clearly out, how many companies in our world are actually prepared?

To answer this, an in-depth study of 700 small to medium sized business was done by Webroot. When they asked “How is your security managed?” this was the result. 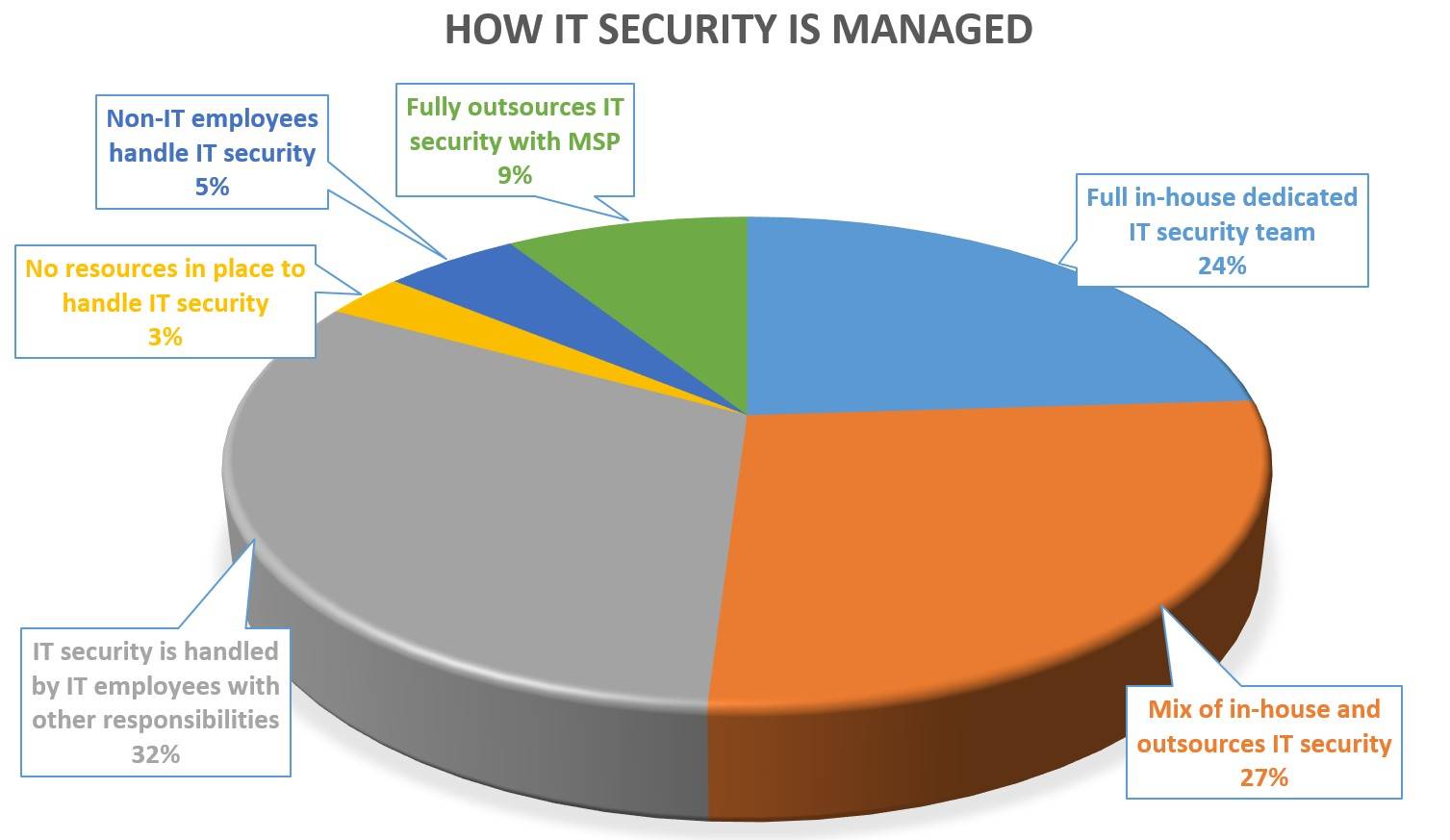 Lack of IT security skills are clearly still a daunting issue for SMB’s. Notably, 8% of companies have no specific skills in IT security. However, this is expected. Most alarming is the fact that 32% of SMB’s are handing over their IT security needs to employees whom are not purely IT security professionals.

Does this mean that 32% of SMB’s won’t be able to handle a targeted hacking attack? Well, let’s see.

This exposes a rather alarming tendency. Companies do not seem to feel prepared for an attack unless they have a dedicated team either in-house or a managed security provider working directly on their behalf to handle IT security needs.

This tendency goes hand in hand with the fact that 56% percent of SMB’s spend less than 17 hours on IT security in every 6 month period. That’s right, the majority of small to medium sized businesses only spend 2 days out of every 132 business days on IT security.

Likewise. Less than 17 hours is far from what it takes to be confident that you’re safe from an attack. In these cases it’s likely that IT security has widely taken the back seat to the other IT tasks that companies are responsible for.

To discover if this hypothesis was true, Webroot asked them one final question: “Would outsourcing your cyber security improve your ability to address other critical areas of your business?” To which 81% agreed.

This time, we aren’t surprised. As predicted, companies seem to know what they should be doing but wait on pulling the trigger until they’ve been damaged. Unfortunately SMB’s generally think this is the way it has to be because they cannot afford a large enterprise-sized team that big corporations can.

With cyber security technology rapidly advancing, this isn’t the way it has to be anymore.

By using managed security provider outsourcing with a targeted strategy for handling online cybersecurity, SMB’s do not have to pay nearly what larger corporations do to have the same level of protection. But there is much more to what a managed security service provider can do that just what you read in this article.

Find out more about what is possible with today’s cybersecurity technology here.