Modern technology allows various innovations like APIs to thrive. As a result, the term “API” has become a staple in tech and is extensively used by app and software developers.
While more establishments incorporate the cloud into their respective operations, they also implement various processes. These processes enable dealing with new microservices architectures, continuous delivery, and containerization.
Traditional software design is primarily focused on user experience. Developers don’t like working with a traditional code-first approach that results in delays and endless reworking.
In contrast, an API-first approach adopts an application programming interface design before the implementation. The process begins by creating an application interface, and after its development, the team will use this interface as the foundation of the whole application.

An Application Programming Interface (API) is a set of functions that enables an application to connect with operating systems, external applications, data, or microservices. Simply put, it helps apps interact with each other.
Web APIs have been around for almost 20 years. However, the API-first approach has only recently gained popularity with software developers. Today, many developers are building products with an API-first system.

For example, you’re using an app on your phone. Your app connects to the internet and sends information to a server. The server retrieves and interprets the data and performs various actions to send the data back to your phone.
After the app interprets the data, it will show you the information that you want in a manner that is readable to you. All of these functions happen because of the API.
In the beginning, when developers first used APIs, they were merely generic connections to an application. However, more recent updates have enabled APIs to acquire various characteristics that make them extremely valuable.

Before developers used an API-first approach, developer teams used a code-first methodology. With this approach, you will begin with an integrated development environment to type a few lines of code. However, a code-first approach gives emphasis to core functionality rather than an interface.
When the time comes to implement the API, developers do the core service in a way that drives the API’s implementation. Sometimes, it may be necessary to force the API into place to adjust to the core service. In this case, users may feel that the API is attached and poorly segmented to the app.
A core-first approach also exposes developer teams to more delays due to bottlenecks. As an API version is completed, developers will deposit the code into a shared repository. Only after that, they release it to a server where developer teams can start.
An API-first approach is a developmental approach that puts application programming interfaces, or APIs, before anything else. It guarantees that your API’s consistency, reusability, and quality will ensure:

For example, a customer orders from a B2B e-commerce site. When this happens, you want two things:

An API-first design institutionalizes a contract to determine how your API will communicate with other programs. It works, even though the programming language is unknown.
APIs can provide contract for various software that allows them to interact automatically in your place. While doing this, it also creates an economy for you to choose the best set of vendors and remove vendor lock-ins.

An API-first approach pushes developers to begin the programming process with an API. Then, every step of the API-first coding process will be intended to preserve the initial API plan. All of this while ensuring that the API remains consistent and reusable.
Consistency and reusability are constant goals for API-first development. And you can only achieve these goals by using an API specification language that other developers will find easy to understand and navigate.An API economy is essential for any commerce strategy because it allows you to be open to integrations with new markets. Some studies have also discovered the following data about API:

Reasons Why an API-First Approach Is Advantageous:

The first approach comes with two main benefits. First, it helps developers benefit from applications based on microservices. Second, an API-first system allows developers to ensure that many clients can consume their apps.
There are six main advantages of going for an API-first approach.

APIs feature loose connections to ensure the services they expose are as stateless and RESTful as possible. REST or representational state transfer APIs give leeway for loose connections while minimizing dependencies.

Representational state transfer APIs support improved scalability as it is easier to deploy and replicate. It can also destroy various instances of a specific microservices app component. This feature is in response to the fluctuating demands of the system.

Integrating a system based on microservices using APIs allows you to create a highly available and fault-tolerant system.
Load balancing for incoming requests becomes easier. As a result, you can automate microservices deployment, achieve critical component redundancy, and conduct various orchestration strategies.
Using system redundancies and other fail-safe methods – like implementing a circuit breaker pattern – once a microservice fails, it is less likely to impact the whole system negatively.
APIs have been essential parts of the operational landscape. It interacts with everything, from marketing to sales, and eventually, customer-fronting applications that symbolize the brand.
Any type of failure can be upsetting. However, an API-first design is essential in reducing error risks because it is reliable, stable, and consistent in design and implementation. 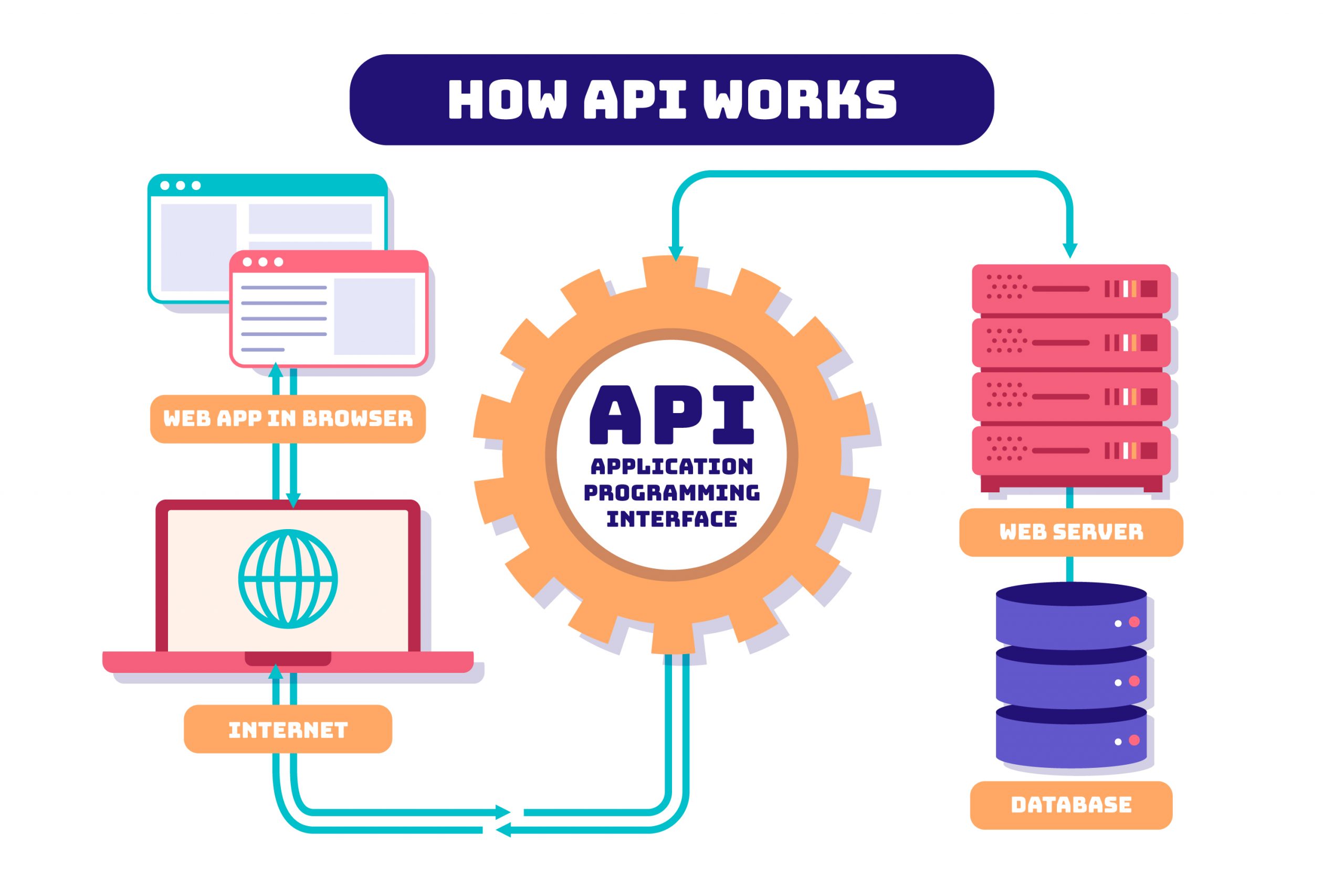 High-quality and well-designed APIs can be compatible with pluggable, component-based architectures.
Pluggability is a characteristic that can offer more flexibility when adding, removing, or upgrading individual features. It also reduces the chances of affecting the rest of the system.
APIs have a standardized interface where microservices can communicate regardless of platform or language. Additionally, API-first development stimulates the design of reusable and standard APIs, which can assist systems in integrating various services.

Because using an API-first approach is pluggable, developers can reuse various app components or microservices for other projects.
Development teams can focus more on creating a minimum viable product. Because of this, they can use the remaining components of the project by combining them with the APIs of other pre-built microservices parts.
You can speed up most of the API construction process thanks to automation. This faster process allows for quick and easy interaction with API documentation, even for rookie developers.
The API-first approach will eliminate the need to redesign the API architecture for additional app features. In addition, this results in a quicker release of updates, which any client expects for an app.

When you use an API-first methodology, it will allow for code recycling between projects. In addition, it will help development teams have a baseline structure to work with.
API-first also decreases the time and costs resulting from rebuilding a new code. In this way, developers can troubleshoot API concerns quickly and, most of the time, without any code. Due to this, there will be smoother integrations.
Developers can reuse APIs and code for a variety of projects and applications. For example, in creating a new mobile app, an API-first approach will eliminate the need to start from scratch, which will consume more time and expenses.
An API-first design also paves the way for the easy resolution of problems before any code is created. It helps prevent more issues when you need to link APIs with applications further.

An API-first approach creates an API that has a solid design and is well-documented. It also makes a consistent API vital for establishing a positive developer experience (DX).
A positive DX is essential as developers use APIs every day. Because of this positive experience, developer teams can utilize APIs so that integration with other programs is more manageable. It also allows for quicker troubleshooting and onboarding of other developers in less time.
The first step in the API is contract creation. Teams in an organization can work on multiple APIs simultaneously by instituting a contract that all teams should follow. Developers don’t have to wait for API updates to be made available before moving on to the next.
Teams can also create API dependencies or mock APIs depending on the defined API description.

If you were to ask a few years back about an API-first approach, no developer could give you an answer. However, APIs have skyrocketed to popularity today; so many companies are interested in going in this direction. If you’re also looking for consultation on API-first approach, then get in touch with ISHIR API experts.
It will become easier for companies that opt to take the API-first strategy as it can make locating practical examples easier.
A consumer-first strategy is still a good option that many companies are still using. However, as the API incorporates more upgrades, more companies will use an API-first approach. It will allow them to stand out and stay competitive in the market.
Connections and communications are a massive part of online platforms, so use APIs. Remember the above reasons for planning your web development as integrated with your API.