Alternatives to Microsoft InfoPath to create forms on SharePoint Online

Alternatives to Microsoft InfoPath to create forms on SharePoint Online

Microsoft InfoPath allows business and power users to build forms, enables use of external data sources and allows conditional formatting and write code in forms. It is known to be a powerful business form tool with reduced approval time and increased productivity.  Microsoft InfoPath can be deployed in the Cloud or on premise.

But InfoPath has too many drawbacks as well. In that discussion I read, users complain about InfoPath being difficult to integrate with process-driven applications outside of SharePoint but it does not provide high security for sensitive data. It has limited standard controls and does not support AJAX. It does not support multiple languages and in case of a long form, the performance dips drastically.

Sounds familiar? Read on for the alternatives. 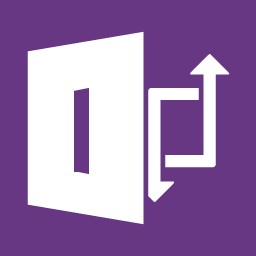 Why is there a need to look for alternatives?

Plain and simple: There will be no InfoPath 2016.

Microsoft announced that they will discontinue support to InfoPath desktop client. When Microsoft made that announcement, they stated that they were “retiring InfoPath and investing in new forms technology across SharePoint, Access, and Word.”

The decision primarily came from customers’ dissatisfaction with the tool. InfoPath was launched with Office 2003 and used to design SharePoint forms. But soon there were issues like these forms are stored in XML format that has HTML rendering challenges. The mobile version of the form didn’t work quite well as well. The tool failed to provide integrated forms experience.

Is there a need to panic?

There is no need to panic and start shortlisting the alternatives right away. Microsoft will provide support to InfoPath in SharePoint 2016 and it will be continued till 2023. The forms services will be supported in Office 365 till there is any further notice to discontinue it.

Your best third-party alternative to InfoPath will ideally be a solution that can support multiple devices, functionalities and ability to align with Windows Phones, Windows 10, Office 365 and SharePoint Online. The best three alternatives are listed below:

With a form created in Visual Studio, you get a lot of flexibility and options. You can possibly add anything you want and the form can work with a number of other technologies. It is also an extensible tool. The only flip side to have forms developed in Visual Studio is that these can be difficult to maintain.

Along with SharePoint 2013, the Access Online Apps Forms were made available where Access Apps are the database. The data from the form is stored in SQL Server (it helps to share data within the organization using SharePoint On-Premises or Office 365). Access is also used to build independent apps that can have relational data with SharePoint from for each data table. The Access Online Apps Forms is an easy-to-use and build and offers a variety of data table templates.

Excel worksheet can be used to store form, which can be developed in OneDrive and OneDrive for Business. It is an excellent choice for creating light and simple forms. It’s easy to use, transform and visualize. One of the greatest drawbacks of using Spreadsheet Forms is that these forms are not mobile-friendly.

Wish to know more about alternatives to InfoPath forms? Speak to one of our of SharePoint experts.