Comparison between Microsoft Teams and Slack – which one is better for your business?

Comparison between Microsoft Teams and Slack – which one is better for your business?


There is a change in the way Enterprises work. Collaboration takes almost 80% more time of employees, compared to the traditional ways of working, which mostly consisted of working in silos. Many users vouch for Office 365 and the reasons are plentiful. Some of which we had covered in our latest blog, ‘Top 10 reasons why we love Microsoft Office 365’. Given the immense importance of collaboration in modern workspace, Microsoft announced Microsoft Teams for Office365 users. In our blog, Microsoft announces launch of Microsoft Teams for Office 365 users, we briefed our readers about the key announcements that were made by Satya Nadella which emphasized all the powerful features of Microsoft Teams. 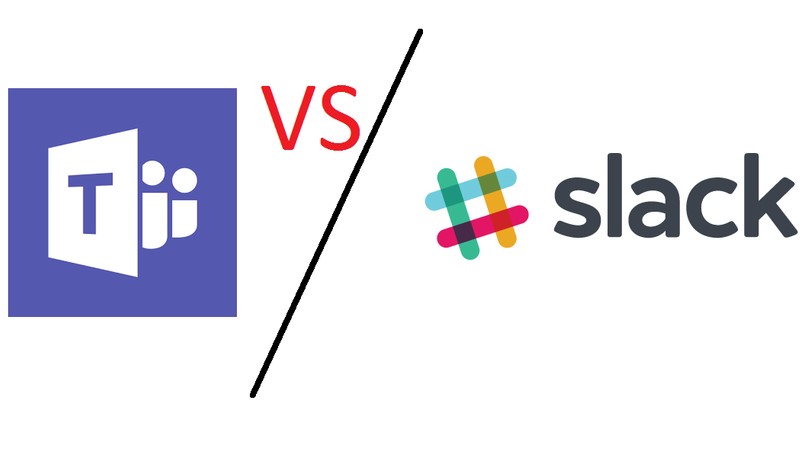 When Microsoft announced the launch of Microsoft Teams, there were a number of doubts around it. Known as the chat-based workspace for Office 365, Microsoft Teams was launched as a platform for tools, people and conversations to help users to collaborate. For example, people started wondering if it was time to bid adieu to other communication tools from the Microsoft stack like Yammer, Skype and SharePoint. But Satya Nadella assured that these tools won’t go away. He added, “Yammer is a bulletin board for the entire organization, Skype is where instant, real-time communications happen.” While talking about Microsoft Teams chat, he said, it works well asynchronously, for more informal and casual conversations.

Recently a number of users and experts have started comparing Microsoft Teams to Slack. As defined on Wikipedia, Slack is a cloud-based collaboration tool that was founded by Stewart Butterfield.

There are other collaboration tools like Google Hangouts (they recently split their video chat service in two – Hangouts Meet and Hangouts Chat) that are considered to be a competition to Microsoft Teams. Another contender is Amazon Chime, which is a managed service for AWS. But Slack remains the strongest contender. Let’s just focus on Microsoft Teams and Slack for now.

We have provided a few facts below that state the remarkable difference between Microsoft Teams and Slack.

Here is a comparison: 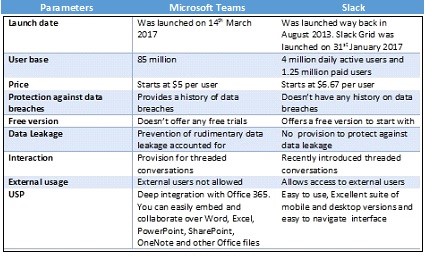 Depends on your business needs. If you already purchased an Office 365 subscription, Microsoft Teams seems to be a good option for you. It will make a solid solution and you can have a full featured app at no cost. Slack, on the other hand, will give you the flexibility that your business needs. There are a number of small businesses which opt for Slack.

Still confused? Perhaps you may like to speak to one of our experts to have an in-depth discussion about Microsoft Teams and Slack.