The five-member team with majority of Republicans of the Federal Communications Commission scraped the net neutrality rules of the Obama-era. These rules prevented ISPs or Internet service providers like Comcast, AT&T and Verizon to have control (block or slow down content as per their will). Net Neutrality protected the rights of each person to have open internet, which in case of the latest developments will not prohibit ISPs to discriminate content and traffic. The death of net neutrality will have an impact on how everyone uses the Internet. Imagine if the ISP partners with a brand, they can speed up the website and slow down the competitors’ website. 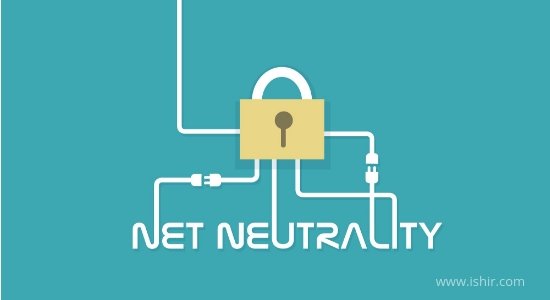 The war against scrapping it has already started. The Federal and State legislators are planning to stop ISPs have their way and stop already developing plans to ISPs to say what can be viewed and what can’t be viewed.

With the policies that were established in 2015 have been scrapped, and many (other than the users) are concerned. The ISPs will create streams of fast moving and slow-moving content.

Why are educators concerned?

Educators are concerned as there’s a lot of educational content (specifically what is free and open source) that will end up in slow streams. ISPs may favor (or at least have the freedom to) entertainment websites over academic websites. Whatever generates more revenue will take precedence over everything else. The commercial websites can invest much more than libraries, education institutions and online learning forums giving away online course material.

Shortly after the voting, the Consortium for School Networking (CoSN) in their statement called the change “disappointing and concerning.” They added that schools and districts will now have to face a “bleak reality”. Even the American Library Association had strongly opposed FCA’s decision even before the voting was to happen calling it to cause a vital concern for the libraries across the nation. The State Educational Technology Directors Association (SETDA) also expressed their concern for the impediment of learning of learners from rural and low-income communities with the end of net neutrality.

Even though 16 US senators, including Kirsten Gillibrand of New York, Patty Murray of Washington who’s the ranking Democrat on the Health and Education, Labor and Pensions (HELP) Committee, Elizabeth Warren of Massachusetts and Bernie Sanders of Vermont wrote an appeal/ letter to FCC Chairman Ajit Pai. They requested Pai to consider the impact on students and schools, especially in rural areas. But the appeal didn’t stop the board to repeal the landmark net neutrality framework. The letter to Pai presented interesting stats as per which P-12 schools have enabled high-speed internet connection for students and something that has a tremendous impact on nation’s students ‘ability to learn. In 2013, there were 40 million students who were in schools and not meeting the 100 kbps per student threshold. That changed in 2017 with a mere 6.5 million school students not meeting this goal. The gap narrowed by 84 percent. The letter emphasizes the importance of high-speed internet for a rich educational experience of students from early childhood to higher education and workforce training.

The letter states that the P-12 education system in US heavily relies on open internet for access to free-flowing content. Even the teachers depend on internet to collaborate with other teachers and keep themselves abreast with the best educational content from around the globe. The biggest impact of the end of net neutrality will be schools in the rural areas.

In an article titled, Digital Life in the Slow Lane, published in The Chronicle of Higher Education, as per Joseph South, CLO or Chief Learning Officer at International Society for Technology in Education (ISTE) and Eden Dahlstrom, who’s the Executive Director for the New Media Consortium said, higher education will face a new online world — one in which the almighty dollar, not equity, will reign. It might be disappointing to learn that the right of disadvantaged students to access high-quality education can be disproportionately compromised. It will be meant for those who can afford add-on service packages that increase internet speed.

How will changes in net neutrality have university students suffer?

University campus without a robust, uninterrupted and high-speed internet is impossible. There is so much that is dependent on internet, devices and applications that are internet-connected. Collaboration, study, research and communication, even transactional activities – it all depends on having an internet that is not biased towards a content. Imagine if a student can’t access high-speed internet off the campus, they will be deprived of using learning management system, interacting with colleagues, access course material and research for and submit assignments.

University researchers must analyze huge amounts of data seeking patterns to help them with insights. But if the sponsors can’t pay for high-speed internet or a large fee for a reasonable download speed anymore, it will deeply impact the research work.

None of the changes, mentioned above, will happen overnight. Even though the ISPs have assured that none of what is feared will happen, most of the people are skeptical. People believe that ISPs will start selling services in bundles soon, which implies that you pay premium subscription in case you wish to access certain apps and websites.

Do you think changes to net neutrality will impact keen learners in a negative way? Share your opinion in the comments section below.