Cloud-based applications are used throughout the business world as a means of enhancing operations. These applications come in many shapes and sizes. Some applications are designed specifically for business use, some can be used by individuals or businesses. But regardless of the reason for an app, certain qualities of its design will remain the same.

For one, the application needs to solve a problem or fill a need. Entertainment can be a need. So can calculating APR, or finding the nearest gas station with cheap petroleum. Maybe a business has a specific need to calculate payroll with the click of a mouse. This is why apps like Clockspot were created. Whatever the associated need, the design of the app is likely to center around properly fulfilling it.

Now there are multiple ways to fulfill design requirements; some are going to work better for your business than others. A lot of your strategy will be built around how to most cost-effectively handle the needs your clients will put on applications. But additionally you need to consider what scaling out will mean, and the best way to go about doing it.

Sometimes it’s relatively cost-effective to run an app from internal servers. Cloud-based apps solve more problems, though, because greater computer power is brought to the fore. The reason this is the case pertains to how clouds are composed. They are made of multiple servers strung together such that their processing powers are compounded. 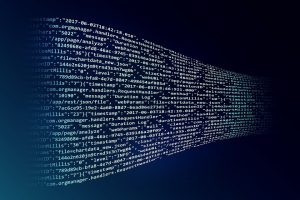 A Mental Picture And Load Testing

Look at it this way: if one server could process a terabyte in 30 seconds, two could do it in 15, four could do it in 7.5, etc. 100,000 servers could process a terabyte at this rate in .0003 seconds, or essentially instantaneously. This can be very essential for applications that are handling high traffic, or are growing in the kind of traffic they handle.

Still, until a given organization or app developer hits a certain stage, going the cloud route could represent a financial risk. The key to determining where a given application is at in this regard is to test it. You’ve got to put the app through its paces, and see what kind of performance it will have under different loads.

Regarding what is load testing, Stackify.com says it’s: “…an important component of the application development lifecycle. Without it, your application could fail…in real-world conditions…. But performance testing isn’t a single process…it consists of several specific types of tests and processes…to measure…performance requirements.”

There are different ways a given application will be stressed. Sometimes when it initially loads, the way traffic influences operation could increase how long the process takes. Today’s users don’t like waiting a long time. It may be time to increase the abilities of the app as pertains to the sustainable load it can handle if things are taking too long.

A good rule of thumb would be to always have load capability in excess of regular traffic. You never know when some marketing breakthrough could facilitate a massive traffic spike. If you’re keeping things precisely within parameters, your app could be overloaded, and a golden opportunity missed.

The way to do this with greatest success is to budget for your app’s processing power to a degree of safety which is consistently affordable. Whether you expand the “cushion” of additional load capacity to 25% above the average or 50% above the average is up to you. But you need to establish a safety zone and make it a solid facet of the budget.

Additionally, you should have measures in place to rapidly expand the load your app can handle should even your cushion prove inadequate to a surprise spike in traffic. If you design something that resonates and begins to be shared like wild, you could be on the path to unicorn-hood. Unicorns are startups that become worth $1 billion very quickly. With technology, such rapid success in many ways characterizes the industry.

This is the aim of many application developers. They want to be the next Snapchat, or Tinder. If you want to have that kind of success, you need to budget for it beforehand and plan for possible expansion. Additionally, you can’t just stop at performance testing. You’ve additionally got to conduct penetration tests.

A penetration test is where a security professional tries to break into a network. In regard to an app, you need to test just what kind of vulnerabilities may exist on what you’ve designed. There are going to be bugs. In software, Beta testing is a continuous feature of the market for a reason: it’s always needed.

Computers are designed by mankind, and the truth is, people aren’t perfect. So nothing they make can be. But building on the successes of predecessors pushes the bar ever closer to the smooth operation so many seek. As the internet becomes a more and more integral part of daily life, its operations become more streamlined. But with each new innovation comes some new cybercriminal strategy. 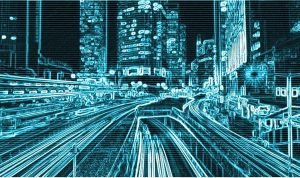 You don’t want your app to act as a Trojan for some DDoS attack incidentally. In most cases, that won’t be possible—but if you’ve got some vulnerability where a cybercriminal can jump in and insert a line of code which additionally downloads his Trojan software during initial installation, you could find yourself being used in a way that will perpetually reflect bad on your company.

This exact thing happened in 2016 when a DDoS attack using 3rd party mobile applications as Trojans crashed a large portion of the east coast. Certainly, some of those 3rd party apps were in on the plan. But it’s likely not all of them were. If you’ve done penetration testing on your app, and you’ve properly designed its performance capabilities, you won’t be undermined through hackers trying to manipulate you.

Applications can be an extremely popular way of making money for many businesses. But they can also undermine entire corporations if they’re exploited. Additionally, if an app can’t handle the load put on it, it’s not likely to be effective. It’s fundamental to figure out the limits of your creation and either push them or fortify them as necessary.