Everyone seems to be talking about the blockchain technology. As a future forward enterprise, you must be a step ahead to standardize the technology, platform and resources so that you may embrace blockchain before your competitors.

There are several World Leaders who see a lot of potential in Blockchain, the open, shared and ledger platform. It can enable private and public enterprises to share information, assets and digital contracts with others in a secure and selective manner. If blockchain continues to grow, and it grows to be most trustful and reputable, it can replace credit agencies and intermediaries in the financial world. It is believed that blockchain will be able to tackle the data specific challenges that have been caused due to yesteryears’ technology, big data.

If we stick to the definition as per Wikipedia, blockchain is a continuously growing list of records, called blocks, which are linked and secured using cryptography. 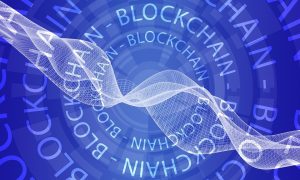 If we go by the numbers, Blockchain will expand for more than 40% by 2020. At the end of 2017, the size of the cryptocurrency stood at 600 billion. Blockchain related jobs are on the rise and the global spending on the next gen technology is growing multi-fold. There have been more than 2000 listed Blockchain startups and there are many more expected in the future.

As per Gartner, blockchain will grow a business value-add of $176 billion by 2025, it will grow to $3.1 trillion by 2030. There aren’t any huge returns expected from blockchain before 2025. There’s a Gartner survey that reveals that 66% business leaders think that the blockchain technology is a major business disruption, and have even set aside budget to invest in it.

Another report from IDC predicts a steady blockchain growth from 2016 to 2021 (it will add up to a five-year compound annual growth rate). The largest blockchain investments will be from American enterprises, China and Japan will follow the suite. Sector-wise, the highest blockchain investor will be from the financial industry (no surprises there) followed by retail and manufacturing industries.

Commenting on the technology, Peter Thiel, co-founder of PayPal said, “Bitcoin is the beginning of something great: a currency without a government, something necessary and imperative. But I am not familiar with the specific product to assert whether it is the best potential setup. And we need a long time to establish confidence.”

Blockchain presents data that is either open or encrypted and can only be read by people for whom it is intended. It is governed with rules that direct how data and database can be modified.

As per a report by Deloitte, the blockchain technology will enable faster and cheaper option vis a vis traditional cross-border payment method. The remittance cost can be as high as 20% while blockchain can cost as low as 2%.

Difference between Bitcoin and Blockchain

There a lot of people who get confused between bitcoin and blockchain. They tend to use the terms interchangeably. It’s incorrect. If you assume that bitcoin and blockchain are same is like thinking that Internet is the same as emails. Blockchain is an open book of records where everyone has the same copy and references. Since each person has access to the same kind of records, it is easy to see if someone has tampered with or edited the records. The technology behind blockchain is somewhat complicated but for a layman it’s important to understand that the technology enables a secure block of information that can’t be edited. For example, imagine a future where you don’t have to depend on your bank to withdraw your money. There are others who have your balance information securely stored in their records.

The future of Blockchain

Blockchain will impact several technologies and processes. As we mentioned earlier, it will eliminate the need to trust in transactions. For example, the mortgage process requires a lot of trust in dated records. Blockchain will eliminate the need to refer the records and trust a history of transactions that can be verified and validated. There will be no need for any institution to provide risk mitigation or provide trust services.

There are many people who call blockchain as digital ledger system. Blockchain will also be a boon for self-driving car manufacturers. Earlier they were not able to assure protection against hackers but with Blockchain, the decentralized method of distribution, the security against cyber-attacks is top-notch.

It is expected that blockchain projects will surpass cloud computing and IoT (in venture capital investment). There are countries like Malta that already have a blockchain strategy, which will lead the regional and global market. Online retailers and financial organizations will benefit from blockchain-based lists as they can vet their customers and prevent fraudulent activities. Healthcare providers, in the future, will be able to view real-time exhaustive patient records. There will no need to request for medical history from previous healthcare service providers. Similarly, the manufacturing industry produces large amounts of data in the form of invoices, orders, contracts and payment records. Blockchain will help maintain these records (records on blockchain cannot be edited, changed or tampered with). The education industry can use blockchain, and in turn can help people who wish to check credentials of a candidate. Applicants can’t fake their credentials, all thanks to blockchain. This development can hugely impact the grading system at universities and educational institutes.

Blockchain inspired applications are expected in several industries like healthcare, insurance, e-commerce and financial. The technology provides unparalleled security in a world of Internet which is always exposed to malware, spam, DDoS and phishing.

The technology is also seen as an amazing tool that can store a huge amount of data related to critical documentation like healthcare records, logistics and copyright information. It will get rid of the middlemen that are required to legalize a transaction.

If you wish to further discuss about blockchain technology or how it will impact your business and future, you can speak to the Blockchain experts at ISHIR. Click here to connect.