In 2017, technology firm Navigant Research released a report showing that there were—at the time—250 projects in the world revolving around constructing smart cities. The report went on to mention how funding would almost double from 2017 to 2026 ($40.1 billion to $97.9 billion).

Fast forward to 2020, and smart cities (or their respective projects) are popping up left and right. Not all of them are successful, of course. Projects like Sidewalk Lab’s Toronto smart city project died before any meaningful progress could be made. 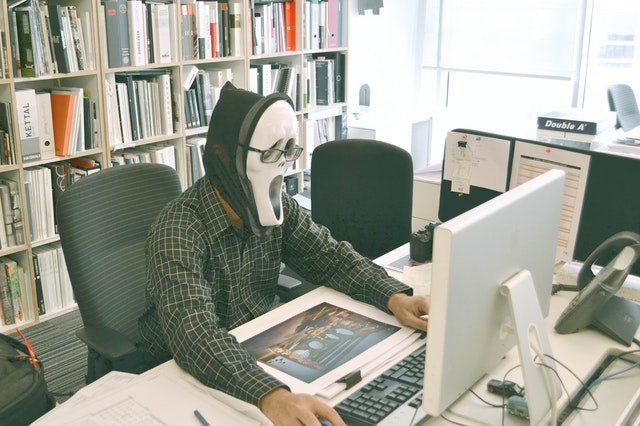 However, there are many promising smart cities in store for the future, especially in the next decade.

The Upward Trend of Smart Cities

The idea of smart cities dates back to the early 1970’s when Los Angeles revealed their city-wide data project, a project titled “A Cluster Analysis of Los Angeles”. This project aimed to create the first “smart city” by using big data (cluster analysis) to label sections of the city.

The project reduced segregation and boosted equality city-wide due to the city’s local government knowing what neighborhoods (sections) needed the most help.

The Technology Used in Smart Cities

Smart cities deploy multiple technologies that work in conjunction with each other to create a safer, more efficient city. But what types of technologies do these cities use?

For example, a smart city will use smart traffic lights that use weight sensors and cameras together so that it can minimize time wasted and help direct traffic while preventing collisions.

Mobility.here.com sheds light on the concept of “connected cars”, cars that share data using sensors to send data to the city regarding road conditions, traffic, incident response, and more.

Proper infrastructure is vital to cities, but many cities refuse to commit the time and funds to frequent maintenance and improvement. Smart cities, however, thrive on their infrastructure and deploy technologies that let them know how they can improve infrastructure.

Sensors in water systems will let cities know if there are any dangerous materials in the water (lead, for instance). Smart air quality sensors can detect harmful and noxious gases as well as pollution in real-time, allowing health officials to issue warnings and take proper action before anyone can be harmed.

Preventing crime can be difficult, especially in larger cities that may lack the proper resources to tackle heavy activity. Plus, many crimes go unnoticed due to a lack of surveillance, action, or witnesses.

Smart cities remedy this by employing the use of several pieces of technology. An example of this would be gunshot detection systems. Gunshot detection systems use recording devices to detect gunshots in real-time. Once recorded, the system will send an alert to emergency services with the area the sound was recorded in. Certain companies are attempting to replicate this system for human screams, though any publicly-available models are unavailable for the time being.

Another, quite obvious piece of technology smart cities use to detect and deter crime is smart cameras. These cameras are placed on street corners and buildings—anywhere they can fit, really. These cameras allow for real-time recording and survey the area 24/7. These cameras often come with AI that can identify the criminal it records, matching their face to faces in that city’s database, or even the country’s database.

Smart cities contain multitudes of different technologies, but how do they communicate? How do these devices constantly send and receive data, all in real-time? The answer is the Internet of Things (IoT).

Without the IoT, smart cities couldn’t be, well, smart. They’d be like any other city. But because each device is connected to each other and can send data in real-time, smart cities are possible.

Discussing the technologies that can be found within smart cities is great, but what do these technologies actually do? What do they help the city accomplish? Smart cities bring various benefits to citizens, from reduced crime to a greener environment. But how?

Smart cities are smart for the same reason the Internet of Things is referred to as a “web”: various technologies are used to collect, analyze, and store data and use the data to better various parts of the city.

In simple terms, a smart city is a city that runs on technology and uses data collection to further improve infrastructure, public utilities, crime rates, and more. Let’s quickly go over a few of the benefits smart cities bring.

Safer for the Environment

Perhaps one of the biggest benefits smart cities bring is their small impact on the environment, at least when compared to most current cities.

Crime affects everyone, from the victims of the crime to the growing prison population to the citizens anxious to walk down the streets at night for fear of being hurt. City officials understand the importance of safety, which is why safety is a key component of constructing a smart city.

The city being connected at the technological level means there are more opportunities to deter crimes. Surveillance cameras, for example, deter criminals, and smart cities can allow police to have real-time access to these cameras, allowing them to respond to crimes quicker.

Predictive policing is also a goal of smart cities. Predictive policing would use data collection and data analysis to map out criminal behaviors, hotspots for crimes, and other data that are useful to stop crimes before they can happen.

Many cities lack proper infrastructure, either due to limited funds or because it’s near-impossible to identify problem areas that represent a major threat to citizens. Smart cities, however, can use data collection in order to identify these problem areas before an infrastructure failure occurs, saving lives and millions of dollars.

Smart cities also improve public utilities, leading to an increase in the quality of life for citizens all around the city. For example, traffic light sensors connected to the IoT can better manage traffic using data regarding traffic history. Smart cars can eventually create personalized route plans to minimize the time spent traveling. Point is, smart cities vastly improve public utilities and infrastructure when compared to current major cities.

While smart cities contain multiple improvements for citizens, government, and the environment, they are not without their issues. We will focus on privacy and cybersecurity here.

Smart cities work by using a city-wide web of connected devices in order to collect data—data that helps with improving efficiency, environmental impact, and other areas. In other words, the city is constantly collecting data and storing it. Yes, even citizen’s data.

While reduced crime and a smaller environmental footprint—along with the other benefits—are worth the disadvantages smart cities bring, it’s worth talking about the fate of citizens’ right to privacy. After all, it is a human right, a right afforded to everyone from their birth to their death.

With cameras constantly watching people pass the street, streets always using sensors to detect the level of traffic, and sidewalks that gather data about you, such as your weight, it’s impossible to see a smart city future without citizens sacrificing their right to privacy.

And before you shrug these concerns off as paranoid ramblings of citizens who are dismissive of technology, keep in mind that there is a foundation to these concerns. In fact, many of them have already happened.

Late 2019/early 2020 saw the city of London under fire for their response to crime. What was the city’s solution? Their solution was to plant cameras everywhere, and these cameras would use facial recognition to identify criminals.

These cameras go even farther than most AI-equipped surveillance cameras, however. According to The New York Times, these cameras would add people’s face to a watch list as soon as they were recorded, innocent or guilty.

Many smart cities also use a plethora of Internet of Things (IoT) devices to operate. But according to some cybersecurity experts, these systems often contain multiple security vulnerabilities that could put hundreds to thousands of civilians at risk. These vulnerabilities extended from default passwords to software bugs that were yet to be patched out.

There are other, various cybersecurity threats that threaten the health of smart cities and their citizens. DDoS attacks can wreak havoc on smart devices, even going as far as to permanently damage certain devices. Identity theft is another major issue that must be considered when discussing smart cities.

Smart cities, while beneficial to society, contain many dangers that could ruin a city if left undeterred. With the upward trend of smart cities, it’s impossible to envision a world without them. Well, there are a few ways citizens can try to protect themselves while living in a smart city.

The Future of Smart Cities & How Citizens can Adapt

Living in a smart city, both now and in the future, requires citizens to take extra steps in order to keep their privacy and ensure cybersecurity. An easy way to achieve that is by avoiding any public network or hotspot in the city.

These public networks help the city collect data on the habits and routines of users, along with how popular that hotspot is. This means your data is at the mercy of the city and the ISP behind the network. Public networks are often unsecured, meaning that hackers can easily gain access to your information or distribute malware on the working, threatening the cybersecurity of users.

If you absolutely need to use a public network/hotspot, think about using a VPN. The way VPNs work is they encrypt your device’s data, meaning that your data becomes undetectable, your device untraceable, while on the network.

Citizens will also need to be careful about what information they give out, who they give the information out to, and what apps they download. Cities may use certain apps or services in order to gather extra data, and while some may be mandatory, you may be able to avoid optional services and apps.

While some smart city projects didn’t shape out the way people predicted—Sidewalk Lab’s Toronto project, for example—there’s no denying that smart cities are the future. With cities like Singapore and Warsaw showing initiative and converting their cities into smart cities, it’s only a matter of time before smart cities become commonplace.

However, despite the benefits smart cities bring, they aren’t perfect, and citizens’ privacy and cybersecurity are at risk. Citizens must step up to protect themselves in face of these challenges.

Brad Smith is a technology expert at TurnOnVPN, a non-profit promoting a safe and free internet for all. He writes about his dream for free internet and unravels the horror behind big techs.